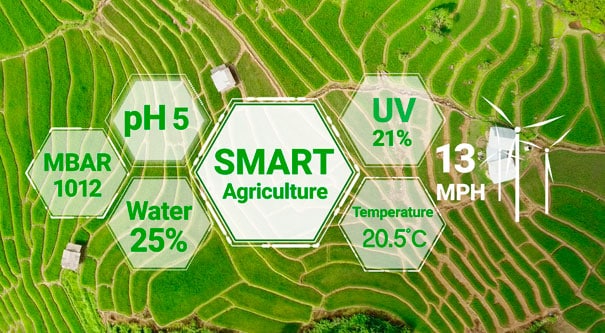 The last decades have seen Israel’s development in technology and startups grow substantially, and that is where Invest Pacific has decided to focus its efforts to promote Valle del Cauca, a region located in the South West region of Colombia, where the agroindustry can become an investment opportunity for Israeli companies.

This business mission led by Invest Pacific – Investment promotion agency from Valle del Cauca, Colombia -, took place in 2022, from June 20 to the 30th, with members from tech companies in cities like Tel Aviv, Jerusalem, Haifa and Netanya. This strategic visit was directed by Invest Pacific’s Investment Manager in the Technology and Service Sectors, Manolo Constain.

Cali, Valle del Cauca’s capital has a dynamic and flourishing technology ecosystem with over 800 tech companies. Foreign companies chose Cali because of its low saturation levels compared to other cities in the country, also because of its network of universities, and highly skilled and qualified labor that keeps growing due to the broad catalogue of academic programs in universities and technical institutions.

Valle del Cauca can also be of interest to Israeli businessmen for implementing technological solutions focused on agroindustry or Agritech, the region is responsible for 22% of all agroindustry, making it the largest producer in Colombia with more than 360 thousand hectares of agro-industrial crops.

Despite having a strong agricultural sector there are still technological challenges to be covered, and that could represent an investment opportunity for Israeli companies. So far 3 international companies have taken advantage of this opportunity and settled in the region to help bridge technological gaps in the agricultural sector. These companies are: Vistex (US), Solinftec (Brazil) and Biosalc (US).

Valle del Cauca is the third most important economy in Colombia, responsible for 10% of the GDP, and 43.5% of foreign trade via the port of Buenaventura. The region also houses important research and development centers like CIAT, where major agroindustry players operate, like Managro with Israeli capital, and Netafim from Israel, which have contributed to help develop the agricultural sector in Colombia.

“Israel is a technological powerhouse. Tel Aviv is considered to be the “Silicon Wadi” due to its thriving innovation. That is why we showcased Valle del Cauca to diverse stakeholders in the agritech business that has shown interest in exploring investment possibilities in Valle de Cauca. This is an option to further develop and expand your innovation networks in Colombia, a country with an enormous capacity for technological advancement and productive potential which facilitates the development of agricultural solutions”, Manolo Constain stated, Investment Manager for the Service Sector in Invest Pacific.

Invest Pacific’s mission in Israel also included meetings with other entities, like the Colombian Embassy in Israel and the iNNpulsa office. All this work was possible due to the joint efforts of Cali Mayor’s Office, the Secretary’s Office of Economic Development, Valle del Cauca Governor’s Office and ProColombia.

Israel and Colombia have a friendly investment environment, and our trade agreement came into force two years ago, starting in 2020. According to data from the Ministry of Trade, Industry and Tourism, Israel made investments of USD$58,8 million, mainly in the transportation and agricultural sectors, as also in trade between 2003 and 2021.

Strengthening commercial bonds between both countries is a complement to the already positive diplomatic relationship that has been growing stronger with time. We hope that this mission to attract investments will continue to dynamize bilateral relationships that will benefit both countries.

Invest Pacific is a non-profit organization in charge of giving advice and building bridges to connect investors with a diverse network of allies to initiate operations in this region of Colombia. If you wish to know more about the mission to Israel and have a business project to develop in Valle del Cauca you can contact us via Manolo Constain’s LinkedIn profile.
Share: