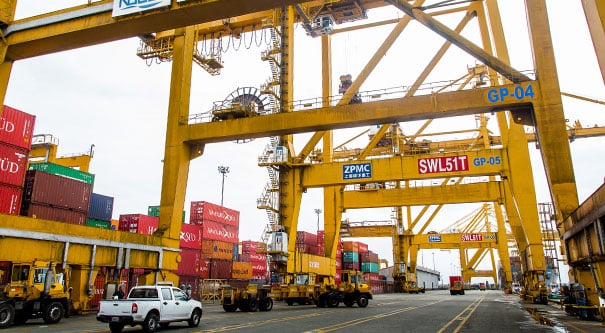 • Learn what are the logistics investment projects, also manufacturing production for exports and technological operations that are attracting investments in the south west of Colombia.

Valle del Cauca continues to be the epicenter for attracting FDI in Colombia and South America. An example of this is that between 2021 and 2022, Invest Pacific has accompanied the establishment of 27 FDI and local investments which are generating 3.461 formal and direct jobs, the investments surpass USD $487 million.

All investments come from 12 countries: the United States, Brazil, Mexico, Peru, Argentina, Chile, United Kingdom, France, Ireland, Nederland and Germany. There are also companies from other Colombian regions that see the potential that Valle del Cauca has to offer and decided to expand operations to increase sales and exports.

In 2022 important manufacturing companies chose Valle del Cauca due to its productive and exporting capacity to attend local and international markets. One of those companies is Nexans from France, a company specialized in manufacturing cables and fiber optics that acquired a local company called Centelsa, turning Valle del Cauca into its headquarters for the Andean region. Another investor is Nadir Figueiredo, a Brazilian company that produces crystalware for homes and now has a production plant in Buga.

In addition to those companies, there is also Bold (Acrílicos Santa Clara), an acrylic distribution center born in Brazil that now also operates in Yumbo, and two more companies that arrived with a cold chain logistics center and a warehouse. It is also important to highlight the companies in the region that have experienced growth, such as Kimberly Clark’s new production line located in the Cauca region, and Vistex which expanded its software operations.

On the other hand, Valle del Cauca continues to consolidate as an excellent platform for establishing large-scale distribution centers. Another one is Dollarcity, which is currently being built in Palmira in the Industrial Park Guajira 7. There is also the Portuguese group Jerónimo Martins, that will initiate the construction of its new facilities to continue its growing trend in Colombia. There are new distribution centers that belong to Copidrogras and Madecentro, located in the “La Magdalena” industrial park. All of this is driven by the cost efficiency offered by the region in terms of logistics due to its strategic location, excellent road network, and its proximity to the international airport and the port of Buenaventura.

Some of the strategies to attract more FDI to Valle del Cauca are missions laid out by Invest Pacific. During the first semester, one of those strategies was put in place in México, where various opportunities for expanding operations were defined in order to attend the markets of the Pacific Alliance from the region. There was also a mission to Israel, where they confirmed their interest to begin performing technology operations; and a virtual mission with a Japanese company that was interested in exploring more investment opportunities in the region.

During the second half of 2022, Invest Pacific will represent Valle del Cauca and address businessmen from Peru, Brazil, Chile and Argentina, but also from Colombia to promote the region to sectors that will help bring new investments.

Some of the fundamental allies that promote FDI in Valle del Cauca are the Governor’s office and the mayor’s office; through their Economic Development secretariat; Palmira’s Mayor’s office, through its Directorate for Entrepreneurship and Business Development; Cali’s Chamber of Commerce; Procolombia, and many other guilds, businesses and universities.

Why is this region so attractive?

There is a long list of benefits. There is a broad productive and export capacity that allows manufacturing companies to attend local and international markets. At the same time, BPO companies and bilingual contact centers are rising, and continue with their expansion plans, generating more formal job opportunities for the people of the region.

In addition to that Valle del Cauca is Colombia’s agricultural belt and has a share of almost 35% of the total production in the country. Due to its agricultural leadership fruit companies have consolidated in the region, and are linked to the agro-export chain. It is also responsible for 9.8% of the national GDP and concentrates 16% of the industry and 22% of the agroindustry.

The department now has 200 companies with foreign capital that have arrived from different countries from the Americas, Europe and Asia, and they have harnessed the opportunities that the region offers in terms of competitiveness, human talent availability and capability, solid business sector and strategic geographical location. These companies are currently operating and are responsible for 40% of all exports in the region and 20% of the regional GDP. Something very relevant for the economy of the region and the country.

Since this is the only multimodal region in the Colombian Pacific, Valle del Cauca has the Buenaventura port (Colombia’s main maritime port) and it also has7 different FTZ (Free Trade Zones) that turn the region into a far-reaching productive and export platform with that has received foreign multinational corporations for more than 80 years, and that has contributed to enhance our territory’s economy.

Valle del Cauca, with its export potential, stands out as an agribusiness hotspot

Valle del Cauca, with its export potential, stands out as an agribusiness hotspot