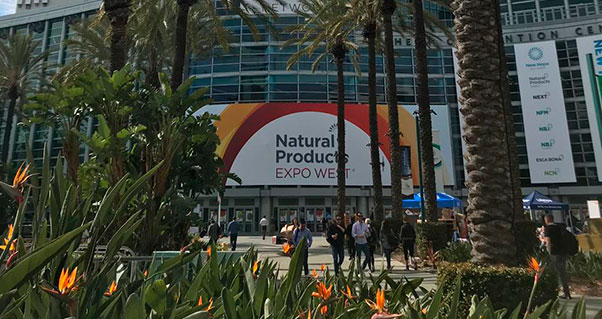 Invest Pacific participated at the Natural Products Expo West 2019 – one of the most important food fairs in the United States.

The agency also visited food processing, fruits and renewable energy companies. These are the sectors being promoted to bring foreign investment into the region with the support of ProColombia.

The Promotion Agency for Investment in the Colombian Pacific Coast – Invest Pacific – participated in a road mission to California, United States. This falls under a proactive strategy framework to promote the Valle del Cauca as one of the leading regions in the Agroindustry, which makes it a strategic destination in Colombia for foreign direct investment.

The mission was led by the Investment Management for the Agroindustry, Logistics, and Renewable energy sectors of Invest Pacific. It took place between the 4th and 8th of March. We participated at the Natural Products Expo West 2019 – one of the most important food fairs in the United States, which gathers experts and businessmen from the sector for academic environments and business rounds. Recognized brands were invited and the latest trends and advancement in natural products in food, beauty and health were presented.

During this event, Chamber of Commerce of Cali, and other companies from the Valle del Cauca that are part of the macrosnacks cluster participated. This included companies like, Colombina, La Tour, Dulces del Valle and Ananda. Agrícola Himalaya, leading company in tea production in Colombia were also participating. All of them looked for ways to expand their networks and open commercial opportunities in other markets.

During the mission, food processing, fruits, and renewable energy companies were also visited. These sectors are being advertised to attract foreign investment into the region with the support of ProColombia – national entity which promotes tourism, foreign investment, none mining and energy exportations, and the country’s good image.

Foreign direct investment in the region has been in increment and has become an important lead for Valle del Cauca. In 2018 alone, Invest Pacific supported the establishment of twenty projects, which generated USD 180 million and more than three thousand work positions.

From all these investments, 25% corresponded to the Agroindustry and Logistics sector, with a total of USD 71 million (103% above the investment achieved by the sector in 2017). In terms of employment creation, these projects estimate to generate 1,550 new work opportunities (560% above the estimates of 2017). Most of these come from countries like the United States, Netherlands, and Peru.

Green Fruit Avocados is an example of one of these projects. An American company, producer and seller of hass avocados. It arrived at the Bolivar municipality in the Valle del Cauca region in 2018, to establish 100 acres of avocado crops mainly for the American market and other international markets. Thirty direct work positions are expected to be generated.

Victor Manuel Alzate, General Manager of Green Fruit Avocados, indicates that, “the Valle del Cauca has a strategic location to produce any kind of crop and – in the avocado’s particular case – has the conditions to produce it quickly and remain good through all the duration of its lifecycle.” Furthermore, he highlights choosing the region because “its location is near the Buenaventura port, which reduces the logistics costs, and secondly, for the condition of the soil which is privileged for us to produce avocados. It is also a privilege to its people which will allow the good work we will carry out.”

“Green Fruits wants to become one of the main producers of avocados in Colombia and be able to participate in the global market. We are one of the five most important companies in the world in production and selling from Mexico and the United State to the world. We see Colombia as the second producer of avocados worldwide in five to six years after operations begin,” adds the investor.

For Alejandro Ossa Cárdenas, Executive Director of Invest Pacific, “the arrival of foreign companies like Green Fruit Avocados, Viveros Génesis, Camposol, and Florius Flowers, among others, showcase the favorable investment panorama for the region and the country. It is also worth mentioning that these investments have arrived at municipalities like Sevilla, Roldanillo and Bolivar, which were not traditional receptors of foreign direct investment. This demonstrates the good conditions of productivity, the strong business fabric, the highly qualified workforce, and the ample service offer the region has.”

These are all some of the reasons that keep propelling the attraction of foreign investment into the region and one of the objectives of the missions, like the one led by Invest Pacific in California.