Newsletter 36 – Cali, a competitive destination for the Bilingual Services Industry 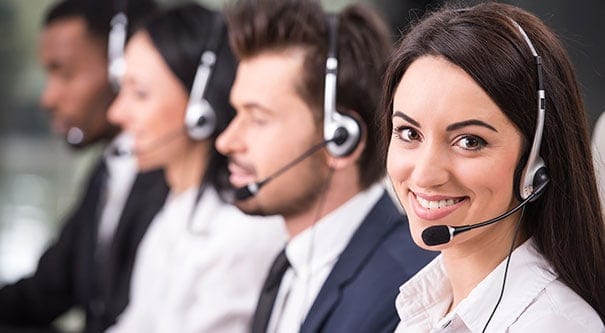 • Learn about the competitive advantages offered by this city in the southwestern part of Colombia for BPO’s foreign companies.

Cali has been consolidating itself as a city with a wide vocation of services. More and more companies in the Business Process Outsourcing sector (BPO) are announcing their arrival, demonstrating the projection and potential that the capital of the Valle del Cauca has had for attracting more foreign investment from the services and technology sector.

There are several reasons that continue to encourage this type of operation to arrive in Cali. The city has become a competitive and attractive destination for the sector thanks to the availability of bilingual human talent that is highly demanded by these national and international companies.

Its human resource is essentially young, where about 900 people are between the ages of 18 and 35, the base rank of any BPO operation. This is the population segment that the city is betting on to nurture the existing operations and those that are coming, both in Spanish and in English. For operations in Spanish, Cali has abundant young talent that allows growing operations to scale steadily and rapidly, and that is why the city has also strengthened its strategies to boost bilingual resources.

The city is actively working to train and map bilingual human talent, in partnership between the public and private sectors, so that the city has free English training programs, as it has done it before. Vary city actors, such as the Mayor’s Office of Cali, the Colombian American Chamber of Commerce -Amcham Southwest- the Colombo American Cultural Center, ProPacific, chambers of commerce, among others, are making important bets to continue strengthening the bilingual competencies of the available human resource.

In addition, the availability of human talent is growing, as Cali is not only thought of as the capital of the Valle del Cauca but as a city-region. That’s why, having more than 7 cities with more than 100.000 inhabitants, Cali-Valle can offer different locations in cities also competitive for the sector that are in very similar processes of formation and mapping of their bilingual human talent and here we also have worked strongly in articulation with cities such as Palmira, Jamundí, Yumbo, Buenaventura, among others.

The city-region is also the hub of internationalization, serving more than 180 multinationals that have been established in the region, which contribute to the 48% of the exports of the Valle del Cauca and represent almost 12% of the regional GDP. That is why the BPO sector has found all the competitive advantages here to develop business in this sector.

It has a strong ecosystem of local BPO companies such as Conalcredits, Carvajal Technology and Services, Financréditos and Ezenza, which has been sophisticated with the arrival of major international companies such as Telecenter/DirecTV, Sitel, Tlmark, Comdata and, soon, Alorica.

The city’s value proposition is complemented by a low-cost quality of life that will give company employees greater levels of satisfaction. There is less of our workforce working in the BPO sector than in other cities, which allows us to understand that there is more resource available for this expanding sector. Being the third largest city in Colombia, it has a saturation level of 2,7% well below the average of other cities that reaches 4.9%. These low levels of saturation allow competition for limited human resources not to be as high, allowing wages to be kept up to 15% more competitive for contact center agents than elsewhere in the country.

These benefits combine with the infrastructure and connectivity needed to maintain highly demanding operations. Cali has Site availability for new operations and has the first exclusive free zone of services in the country and technological park, Zonamerica. In addition, it has a very stable Internet connection by being connected directly with the Pacific submarine cable and to the national optical network. Proof of this is that BPO companies were able to move their operations to work from home without any inconvenience and without further effort during the pandemic.

In addition, Alfonso Bonilla Aragon International Airport has direct flights to major destinations in North American markets such as New York, Miami, Houston and Ft. Lauderdale, among others, as well as frequent and direct flights to Bogotá and Panama City, two of the most important hubs on the continent.

Cali is a helpful city, with a consolidated ecosystem for the sector, economies of scale, availability of bilingual human talent at competitive costs, and an Investment Promotion Agency, Invest Pacific, which accompanies business investors at all times.

We invite you to live and share the experience of developing your next service operation in our region!

Newsletter 36 – Nearshoring from Valle del Cauca, an opportunity for US companies looking to relocate

Newsletter 36 – Nearshoring from Valle del Cauca, an opportunity for US companies looking to relocate