Nearshoring, the best opportunity on the other side of the Pacific 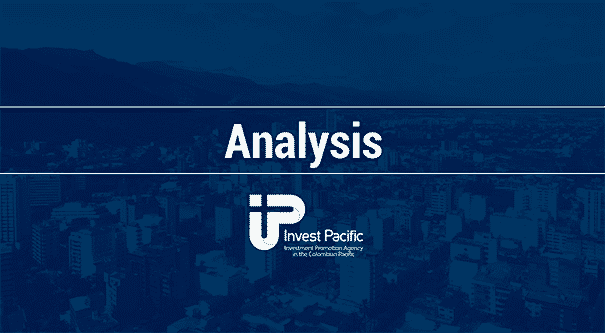 Accelerated by the effects of Covid-19 and the trade war, the relocation of American companies that plan to leave China, is a process that Colombia is preparing to take advantage of to attract foreign direct investment to the country. A report from Bank of America Global Research indicated that more than 80% of U.S. companies located on the Asian continent are planning to reshore (relocate to their country of origin). By rebound effect, this phenomenon opens a great opportunity for our country, as many firms will seek alternatives for an effective transfer and will not repatriate, due to the disadvantages that this could represent for their value chains.

So the industrial reshoring, now led in the US by President Trump poses an option that is not entirely satisfactory for companies that plan to leave China; North American businessmen will find in their return home a way to eliminate the uncertainty which today represents the Chinese context in trade and fiscal matters, but, at the same time the risk of losing the profitability and production conditions that the ‘Asian Giant’ provides to them.

In this dilemma, nearshoring, the model that proposes to locate an output close to the markets, emerges as a solution. The option to settle in the Latin American Pacific arises as an alternative that not only is feasible in the middle of the current scenario, but also well balanced. The foreign look towards our side of the Pacific outlines Colombia as the best destination for U.S. industries seeking to relocate. For this reason, the attraction of these companies is also a great opportunity at this critical juncture where we must join efforts to push the country’s economic recovery.

To maintain a competitive advantage and to reduce risk in the supply chain are factors that justify the relocation in our country, especially in Valle del Cauca. Not only do we offer competitive costs, but also a wide range of products with zero tariff and a stable fiscal regime. All of this, plus business environments and a resilient labor force, since, thanks to this ability to adapt, the support of the national government and regional institutions, the companies that have settled in our department have sustained their efforts to guarantee supply during the quarantine period and to contribute to the recovery at this difficult time.

It should be noted that, in addition to slowing globalization, the current situation revealed some disadvantages to industrial location in China (wage increases, less profitable production and supply crisis), but it also revealed the competitive attributes of our country, not only compared to China, but also against other peers in the region.

For example, the recent renegotiation of the FTA between Mexico and USA (T-MEC) will give rise to risk factors that will distort many of the reasons that were moving US industries toward this country. In contrast, today we have the best FTA with the United States, a quality that, coupled with the geo-strategic position of the Port of Buenaventura, grants Valle del Cauca the best positioning as an option for nearshoring within the Pacific Alliance and the Andean Market. It is a region that meets a potential of more than 250 million consumers with a per capita income of $18,266 USD.

Finally, it should be added that this area of the country has more than privileged capabilities: direct and indirect connection with close to a thousand ports around the world; high profitability, a business network with an export vocation; a cluster of prepared human talent (more than 640,000 professionals); the only multimodal platform on the Colombian Pacific Coast, with transport and logistics infrastructure represented by more than 7,600 km of roads, seven free trade zones and one of the most important international airports of the country, in addition to a growing quality of life.

Nearly 200 multinational companies located in Valle del Cauca give an account of the profits when moving production to Colombia. Today, more than ever, nearshoring is presented as something more than an opportunity for our country and region.